​Question:
My husband passef away in Oct. of 2021 snd i have applied for survivors pension. The VA replied that they denied my claim because my husband did not have wartime service. He served in Air Force from Jan. 20, 1960 through Jan.17,1964. Please give me info on this as i believe from all i have read, including statements from VA, that he was in the time frame and qualifications for me to receive benefits as a qualifying Vietnam Vets widow.

​​Jim's Reply:
Eligibility for survivors pension is authorized for 02/28/1961 to 05/07/1975 for Veterans who served in the Republic of Vietnam during that period; otherwise 08/05/1964 to 05/07/1975.
If your husband served until 01/17/1964 and he didn't serve in the Republic of Vietnam during that time, you aren't eligible for survivors pension. You claim that you are a "Vietnam Vets widow" and for that to be true, he'd have had to have service in the country of Vietnam during the times noted. If he didn't serve in country, you may claim to be the widow of a Vietnam era veteran rather than a Vietnam vet.
If you're sure he served in country, you should formally appeal the denial. Good luck.
More information is here.

​Question:
Hi Jim, thank you for continued service. I was a Vietnam combat veteran. I have VA benefits. Is my wife of 50 years eligible for Tricare?

​​Jim's Reply:
Probably not. If you don't have Tricare, she won't either. Eligibility for Tricare is explained at https://www.tricare.mil/ 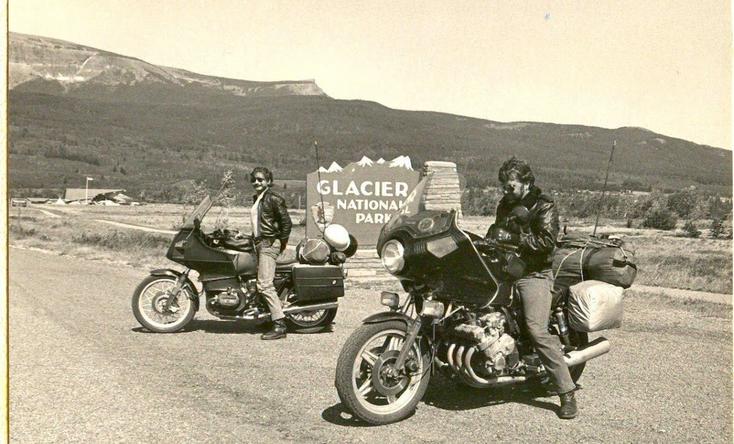 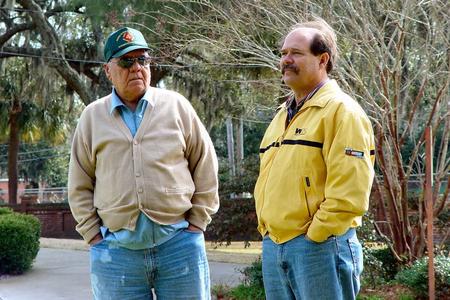 Hello...​I'm Jim Strickland. That's me above, at my VA clinic in Savannah, Georgia. I publish the VAWatchdog. The other fellow above is Larry Scott.​ He founded the VAWatchdog in 2005. Larry passed away some years ago from a non-service connected illness.

About me: I was born in a Navy hospital, the son of a marine who went on to 20 years in his beloved USMC Old Corps and E-9 rank at age 36. I entered the Army from Florida in 1967 knowing Vietnam was my next stop. We can always depend on surprises from our military so I was trained as an operating room technician and sent to the 98th General Hospital in Germany where I served until June of 1970.

I used my 91D20 skills to open a career for myself in civilian health care. I retired in the early 2000s due to service connected conditions...old seemingly minor injuries sustained in a training event got much worse with age and I was forced to take the TDIU benefit and I left the work I enjoyed. Like so many vets out of work, I looked for things to do and met Larry Scott as he was developing the VAWatchdog Dot Org. Larry was a good friend and mentor and when he became terminally ill I promised I'd carry on the VAWatchdog Dot Org in his memory.​

And here we are.

I hope you enjoy what you see here and that you find some value as you research the benefits you earned. Those benefits aren't charity and they aren't a handout...we earn those benefits and if obtaining them takes a bit more effort, so be it. We're here to help you along your journey.

My grandfather served during WWI. He died at a VA hospital many years later. 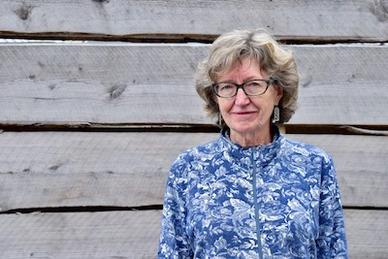 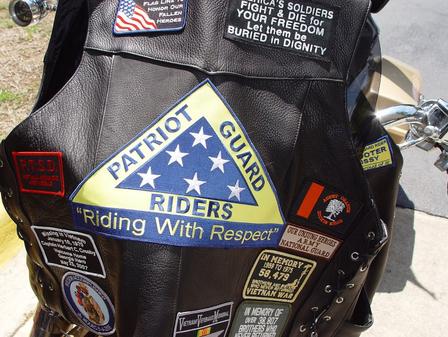 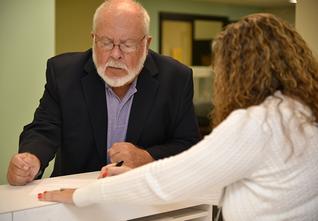 History of the 4th Marine Division 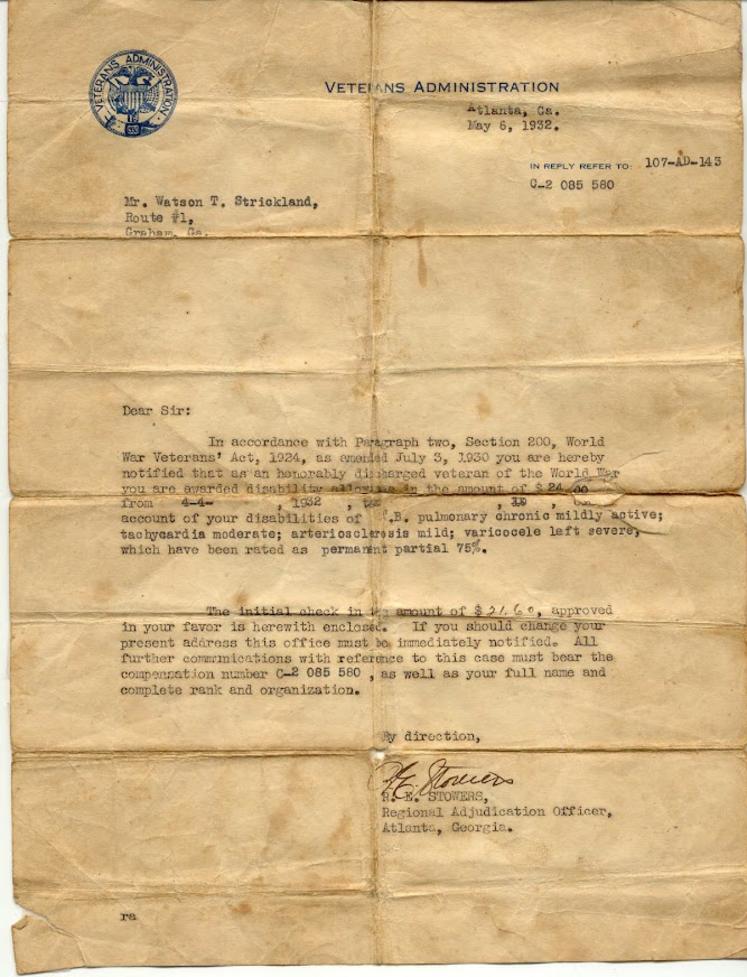 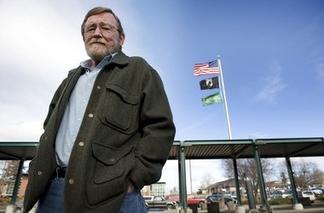 I was born in a Navy hospital. I grew up in the Old Corps.

My dad retired as an E-9 and never lost touch with his fellow Iwo Jima survivors.​

I have walked on the shoulders of giants!

I was once a motorcyclist...I'm too old for that now, sold my last Harley to a cop 5 years ago.

I rode a lot with Patriot Guard Riders I'm proud to say.

That's my Honda CBX as we began the trek through Glacier in about 1979.

The photo was taken by me at the  Beaufort, SC National Cemetery.

​We went often to pay respects, particularly to

Are you an accredited veterans law attorney, a physician or psychologist  who would like to be involved in helping veterans prevail in their disability claims? The VAWatchdog Dot Org reaches thousands of veterans every day and we have a long standing reputation as a reliable resource to refer veterans to the professional help they need. Our advertising rates are competitive and your ROI is assured.

Email Jim  <jim912@gmail.com>  and see how cost effective and easy it is to have your services offered to veterans world-wide.

About the VAWatchdog Dot Org

Question:
I have been informed that VHA uses the Federal chain of custody form for work place urine drug testing. Then I’m told VHA doesn’t have to use the same method of tracking for veterans. Isn’t the health of veterans important enough to ensure the samples are theirs? The reason I ask, is that I recently received lab results that definitely are not mine.

​Jim's Reply:
I hate to say it but yours is the 3rd communication I've received this week about someone who failed a drug test and that the test just had to be wrong. One fellow told me that he had sex with a partner who was high on cocaine and that's why he tested positive. Yes, well.
Allow me to be straight up with you...indulge me. I'm 73 years old and I'm a product of the 1970's. You may have heard of the sex, drugs and rock ' roll era? There isn't much in the way of substance abuse that I haven't either experienced first hand or seen up close and personal. I've suffered some small consequences but lucky for me, I was smart enough to walk away before I had any issues...like failing drug tests. Although I do still 'fail' VA drug tests because I use THC with my VA prescribed ibuprofen for pain control. I don't drink alcohol and I don't use tobacco so when my drug screen returns as "THC HIGH" my doctor and I have a good laugh and move on.
You're comparing apples and oranges in your attempt to disguise the possibility you've been busted. If you know enough about chain of custody and drug screens in the workplace you should know that has zero connection to the clinical laboratory standards that apply to each and every clinical lab specimen...not just your drug screen. Health care regs are a lot different than OSHA stuff...there are differences between employees and patients.
If you'd like to play that game  I'll refer you to the CLIA regs here.  You figure it out.
The chances that your specimen was mixed with another and you got someone else's results are a really really long shot, one in millions. Out of all the messages like yours that I've received over the years nobody has ever been able to prove a mistake was made. Your urine specimen was treated exactly the same way that blood samples drawn from cancer patients and pre-operative patients were treated that day.
Yes, mistakes have happened. Lab specimens have been mixed up and patients have suffered. But that's a really rare occurrence and I have my doubts it happened to you. That you wrote to me rather than immediately going to see your doctor to get another timely drug screen is telling. You could even ask for hair screening if you want to prove your claim.
The good news is that there is no downside to popping positive for a VA drug screen Your doctor may not prescribe any more pain meds to you but otherwise there is no punishment or penalty, no loss of benefits or anything else. VA treats substance use issues as a health problem, not a criminal issue and I like that.
If you have a substance issue, get some help...this may have been a warning shot. If you don't have a substance issue and you're absolutely sure this was an error, the person who ordered the lab work is where you stop next.
Good luck.

Return To The Home Page

Fair Use Policy
We believe that we strictly comply with all copyright and trademark laws, rules and regulations in accordance with accepted fair use policies. We believe that all photographs and other artwork are in the public domain. If you believe we have violated any of your rights to your work products, please email us immediately.  CONTACT  < jim912@gmail.com>

​Question:
Since the VA adopted the new mileage application via the internet, I haven't received any travel money. I checked with my travel clerk and he told me that there is a big back log here in Florida. Have others experienced this problem? Thank you Jim.

Jim's Reply:
I'm in Florida so I feel your pain.
We're supposed to be reimbursed a per mile amount for certain travel to and from medical care. In my time with VHA I've seen long lines and over an hour wait to receive a few dollars gas money. Then we went to a fill-out-the-form system. The check-in kiosks were introduced a few years back and those worked well other than you had to remember to sign out and sign in again to submit the travel voucher.
Not all that long ago I checked in to my small clinic and the kiosks were unplugged and parked in a corner. I was told to check in the old school way and only when I asked, I was given an old form to complete for travel pay. I was told the kiosks were gone forever.
I returned to that clinic 2 weeks later and the check in kiosks were back, plugged in and ready to go. There was no option for travel reimbursement, I was told to go to the Internet and figure it out. I haven't seen any deposits either.
I don't have any answer for you other than...welcome to your VA. They care!​​